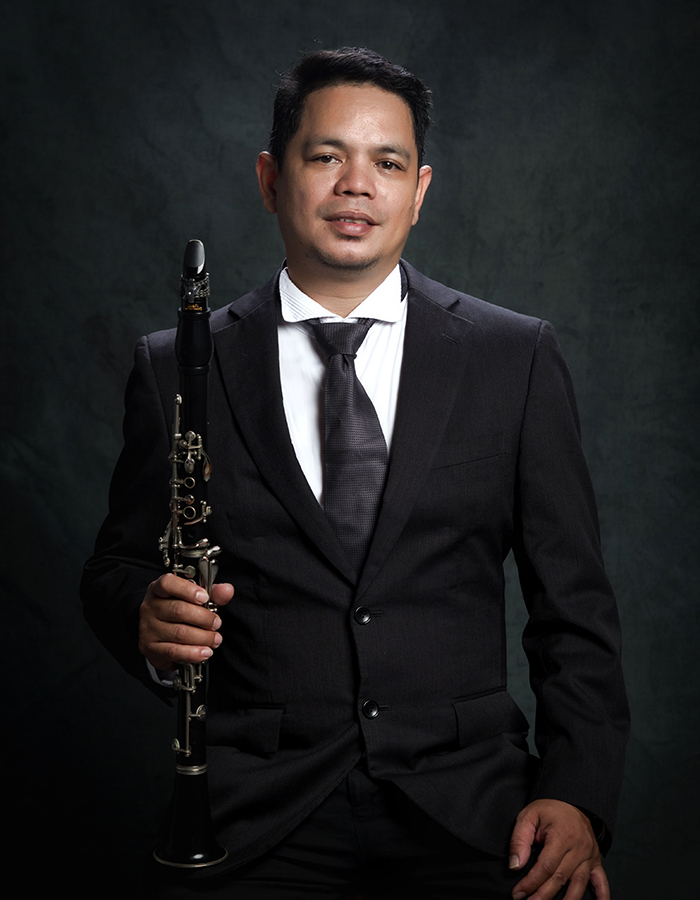 Randolf is the principal clarinet of the Manila Symphony Orchestra and has been a member of the MSO since 2001. He has performed with the orchestra in its gala concerts, special concerts, productions, and tours, including MSO’s first international concert tour in 2019, the 5th Hunhe River Bank Symphony Art Festival held at the Grand Shengjing Theater , Shenyang, China. In 2010, Randolf was the featured soloist at the premiere of Sonata for clarinet organ during the renowned Bamboo Organ Festival. He was also the clarinet soloist in the same festival in 2006.

Aside from his work in MSO, Randolf is the associate conductor of Banda San Jose since 1996 and band conductor and mentor of Statefield School Inc since 2001. He was band instructor of Mary Immaculate Parish Band from 2002 to 2010.

Aside from music, Randolf loves cooking, biking and playing basketball.