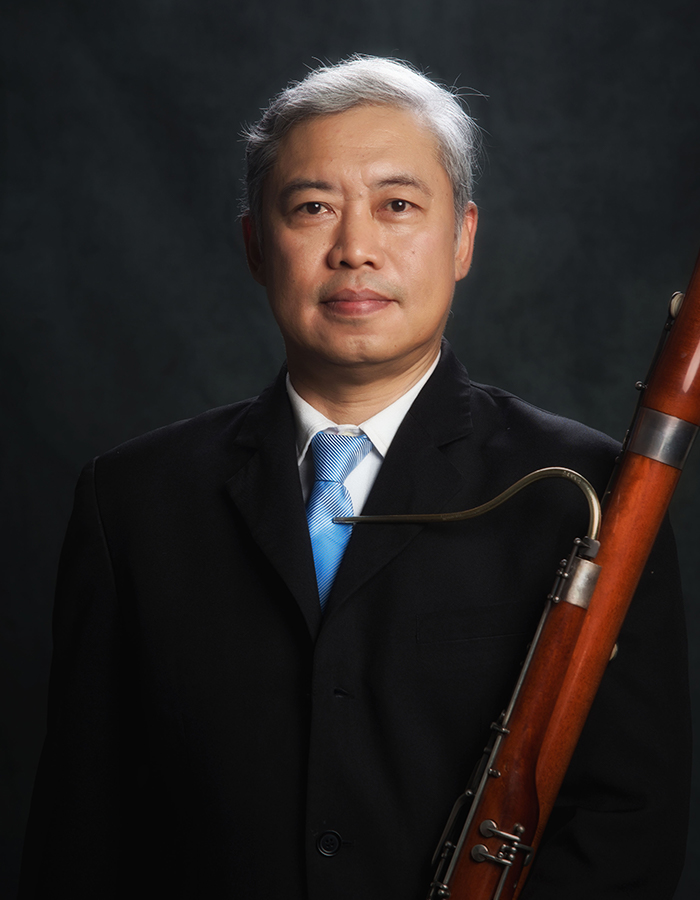 Noel is a man of many musical skills. He plays practically all wind instruments, the saxophone and is also a band and choir conductor. Noel’s first stint with MSO was in 1989 but was cut short when the orchestra’s home, the Metropolitan Theater was demolished. In 1992, he re-joined the MSO, which was then named Manila Symphony Youth Orchestra, as principal bassoon player until 1997. He then joined Philippine Philharmonic Orchestra and a couple of years later, the San Miguel Philharmonic Orchestra as principal bassoon player. In 2009, he again joined the reorganized MSO and has been performing with the orchestra in numerous gala concerts, outreach concerts and tours, including MSO’s MSO’s first international concert tour in 2019, the 5th Hunhe River Bank Symphony Art Festival held at the Grand Shengjing Theater , Shenyang, China.

Noel was a First Prize winner, Solo instrument-Oboe/Bassoon Category C,in the National Music Competition for Young Artists (NAMCYA) in 1992 and was a participant in the Asean Youth Orchestra’s Asian tour as principal bassoon player in 1991 and 1992. He was also a member of the Philippine Youth Orchestra from 1988 to 1992.