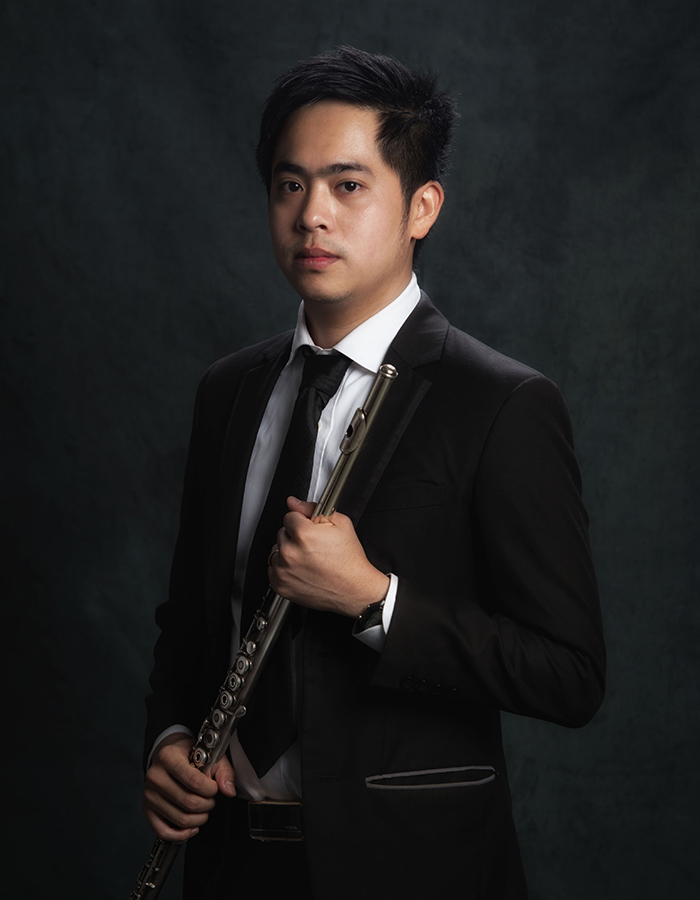 Galway first learned to play the flute and piccolo at age 7 under the guidance and teaching of his father Edgardo Silangcruz. He took private lessons with David Jerome Johnson from 2012-2016 and graduated with a degree in Bachelor of Music Major in Flute Performance from the University of Santo Tomas (UST) in 2017.

In 2018, Galway joined the Manila Symphony Orchestra and has performed with the orchestra in gala concerts, special concerts, ballet productions, outreach concerts, and tours MSO’s first international concert in the 5th Hunhe River Symphony Art Festival held in the Shenjing Grand Theater, Shenyang, China in 2019. He performed as deputy flutist in the Les Miserables Musical by Concertus Manila held at the Solaire Theater in 2016. He also performed in concerts of the UST Symphony Orchestra where he was a member from 2012-2017.