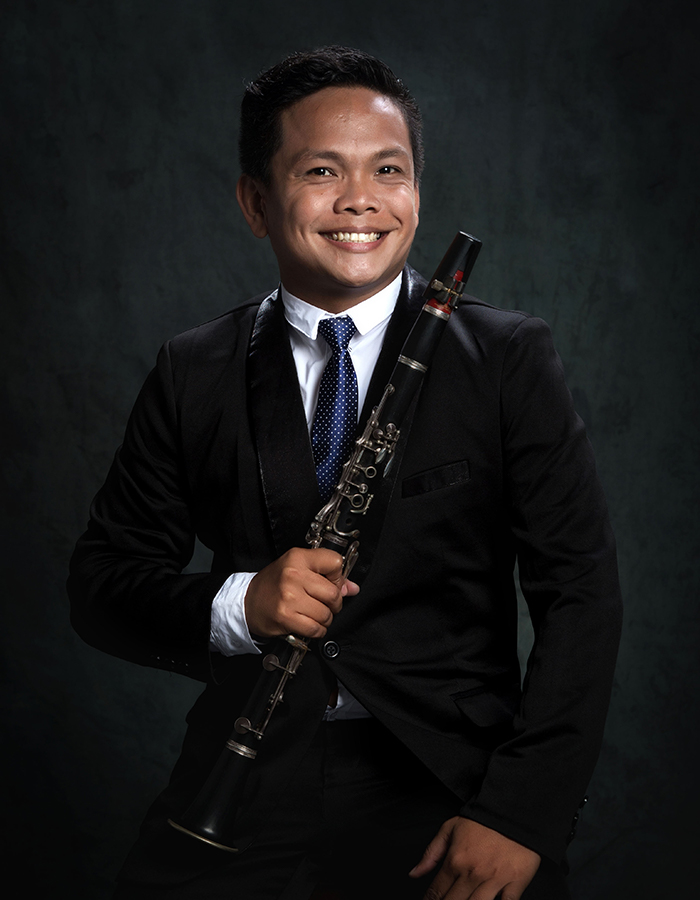 “I feel excited in every performance. I realized that working with different people is fun and also a challenge. Professionals really focus on the details of the masterpiece and they want to impart that discipline to me very well.”

Christopher was 9 years old when he started learning how to play the clarinet through a free summer music workshop in their province and from then on, he trained persistently. He was National Music Competition for Young Artists (NAMCYA) Finalist in 2004 and 2008, Category B Winds and Category C Winds, respectively. He was also part of the Philippine delegation for the Southeast Asian youth Orchestra and Wind Ensemble in 2005 and 2007 held in Mahidol University Bangkok, Thailand. Christopher studied Certificate in Music Major in Clarinet in University of the Philippines Diliman. He was under the tutelage of Victorino San Antonio, Larry Barcelos and Randolf Lopez.

Christopher has been a member of the Citizens’ Brigade Band of Dasmarinas since 2003 and became its Associate Conductor in 2010. Teaching music is also one of Christopher’s passions. He is currently a faculty member in MSO Music Academy and Makati City Youth Orchestra. Aside from music, Christopher is into business as a food franchisor. In his spare time, he loves playing online games and sports such as volleyball, badminton and table tennis.