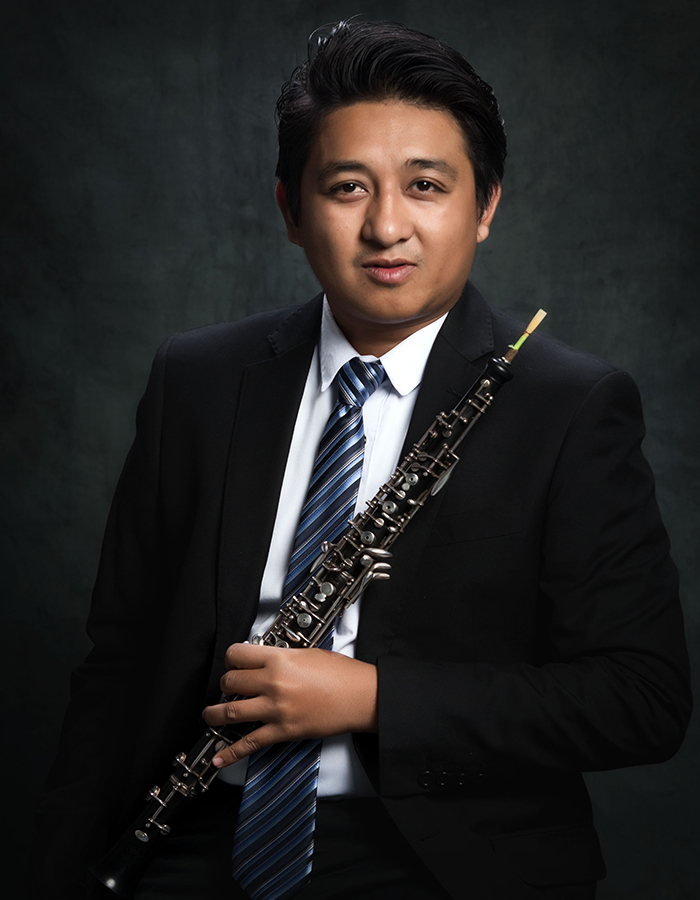 Arvin joined the Manila Symphony Orchestra as principal oboist in 2014 and has performed with the orchestra in gala concerts, special concerts and productions, outreach concerts, and tours, including MSO’s first international concert tour in 2019, the 5th Hunhe River Bank Symphony Art Festival held at the Grand Shengjing Theater , Shenyang, China. Prior to joining the MSO, he was principal oboist of the Manila Philharmonic Orchestra (2013-2014) and Metro Manila Concert Orchestra (2009-2012). In addition to his numerous performances with MSO, Arvin also played as principal oboist in the Asia Orchestra Week held in Tokyo Japan in 2013, and in South East Asian Youth Orchestra and Wind Ensemble in Thailand in 2010.

Aside from his work with MSO, Arvin is also an oboe teacher for the Orchestra of the Filipino Youth and a band conductor of Banda Butiong 4.