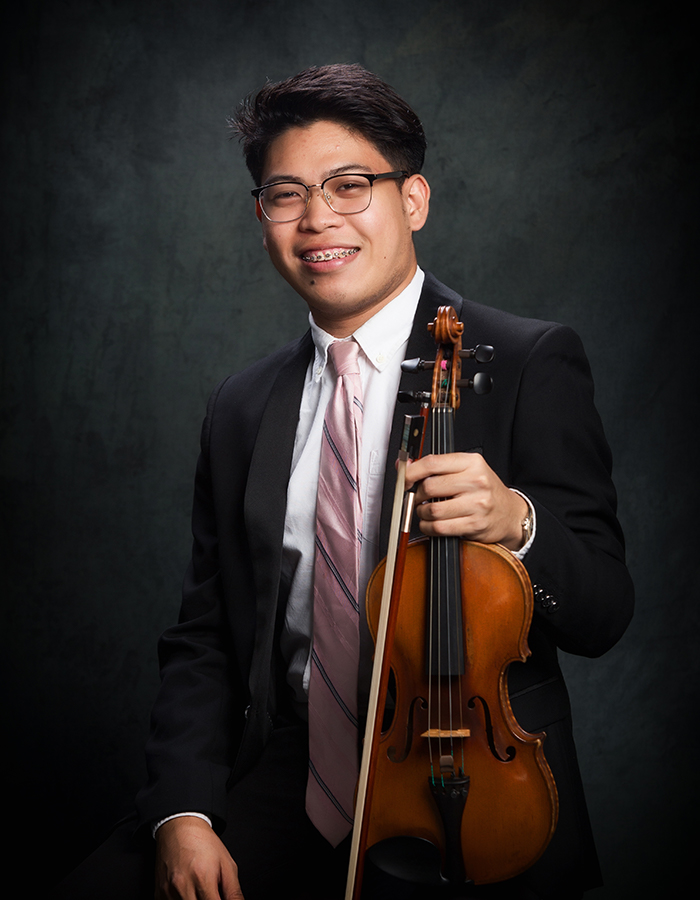 Ryan has been a member of the Manila Symphony Orchestra since 2018 and has performed with the MSO in its gala concerts, ballet productions, outreach concerts and tours, including its first international concert in 2019, The Belt & Road Concert held in the Grand Shenjing Hall in Shenyang, China. Ryan was part of the film production of the Cultural Center of the Philippines (CCP) Office of the President, “Awit at Tula: Pagbabaliktanaw sa Unang Hari ng Balagtasan”, directed by Ricky Davao and Dennis Marasigan filmed in November 2020. In 2015, Ryan was one of the delegates in the Orchestra of the Filipino Youth’s String Quorum that toured and performed in various cities in the USA such as New York, New Jersey and Washington.

Ryan completed the Manila Symphony Orchestra String Teachers Development Workshop this 2020. In 2015,he completed Master classes in New York with the New York Philharmonic Orchestra Teaching Faculty. He is a graduate of Bachelor of Music major in Music Education from Philippine Women’s University.