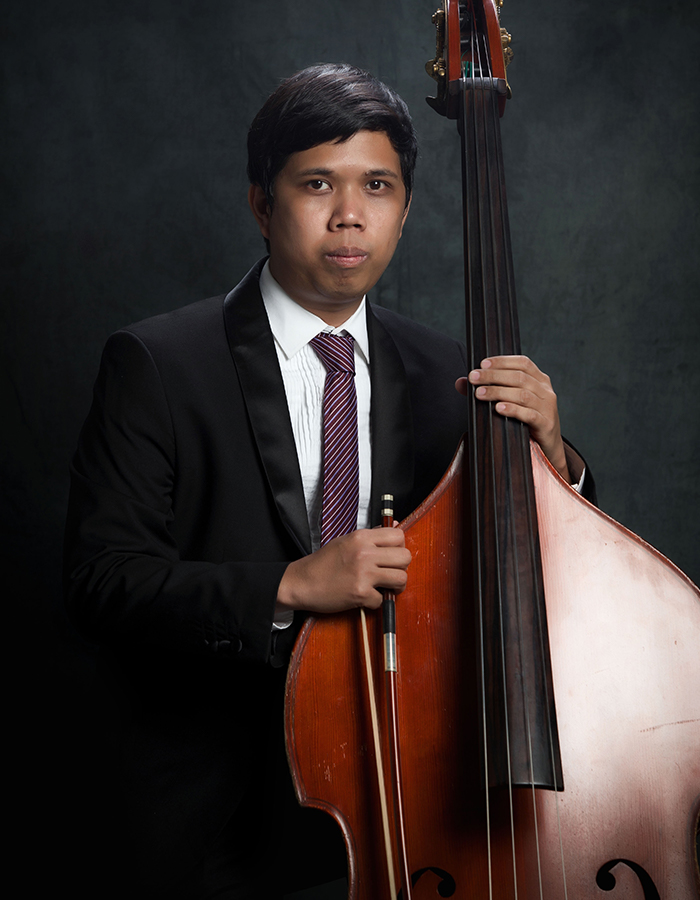 Lawrence has been a double bassist of the Manila Symphony Orchestra since 2013 and has performed with the orchestra in gala concerts, special concerts, ballet productions, outreach concerts, and tours including MSO Visayas Concert Tour , Candon Music Festival and MSO’s first international concert in the 5th Hunhe River Symphony Art Festival held in the Shenjing Grand Theater, Shenyang, China in 2019.

Lawrence is also a member of the internationally-awarded Manila Symphony Junior Orchestra (MSJO) who won 1st Place in 2018 and 2nd Place in 2017 in the Summa Cum Laude International Youth Music Festival held at the Musikverein in Vienna, Austria. Following MSJO’s two consecutive victories, Lawrence toured with MSJO across Europe to perform concerts in Austria, Czech Republic, Germany and Italy. He also performed with MSJO at the Korea Suzuki Association Orchestra Friendship Concert in South Korea in 2019. Lawrence also performed in the FIMU International University Music Festival in Belfort, France in 2012 and in the 1st National Orchestra Festival in Manila in 2010. He is also a member of the Angono Chamber Orchestra since 2006.

Aside from his work in MSO, Lawrence is also a double bass teacher at the Regional Lead School for the Arts Angono (RLSAA) Chamber Orchestra since 2016 and at the Makati City Youth Orchestra.