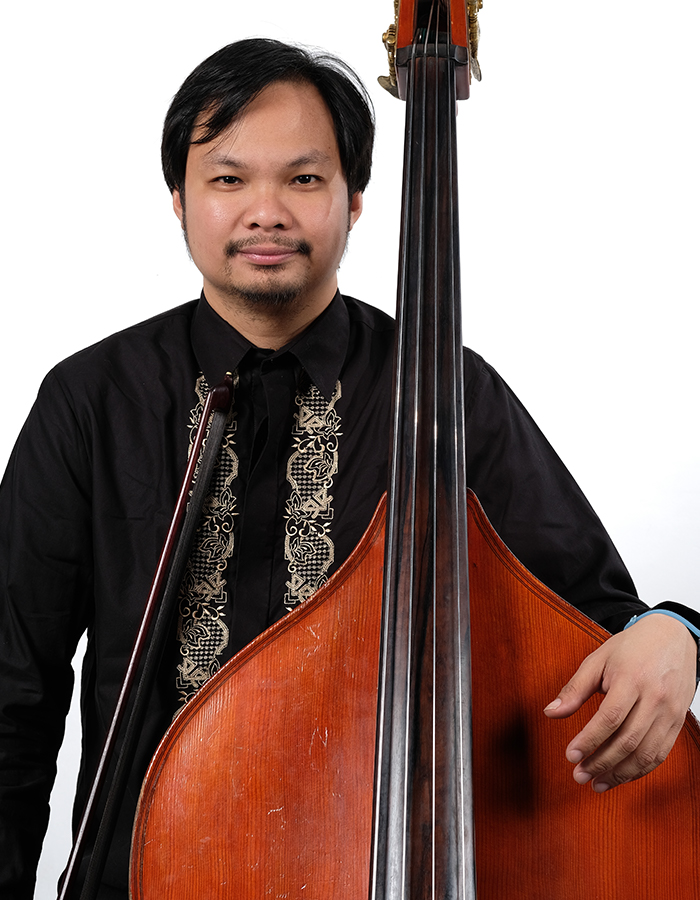 John Paul is currently the Principal double bass of the Manila Symphony Orchestra. He joined MSO in 2005 and has performed with the orchestra in its gala concerts, special concerts, outreach concerts, and tours including the MSO Visayas Concert tour and its first international concert tour in the 5th Hunhe River Symphony Art Festival held in the Shenjing Grand Theater, Shenyang, China in 2019. John Paul was one of the musicians selected to perform along with other Asian orchestra members in the ASIA in Resonance Concert in Tokyo Japan in 2019. He was a collaborating artist for Jane Banta Harp Concert in 2018 and for the Jiovanni Tabada Bass Concert in 2014 both held at the Cultural Center of the Philippines (CCP) Little Theater.

John Paul started playing double bass in 2003 in St. Scholastica’s School of Music. He took Certificate of Music Performance Major in Double Bass from St. Scholastica’s College Manila. In 2008, he was a semi-finalist in the National Music Competition for Young Artists (NAMCYA) Category C. He took Bass Masterclasses under Andrew Roitstein in 2007, Esperanza Spalding in 2009 and Jiovanna Tabada in 2015. John Paul was under the tutelage of Tony Rodriguez and Rommel Cruz.