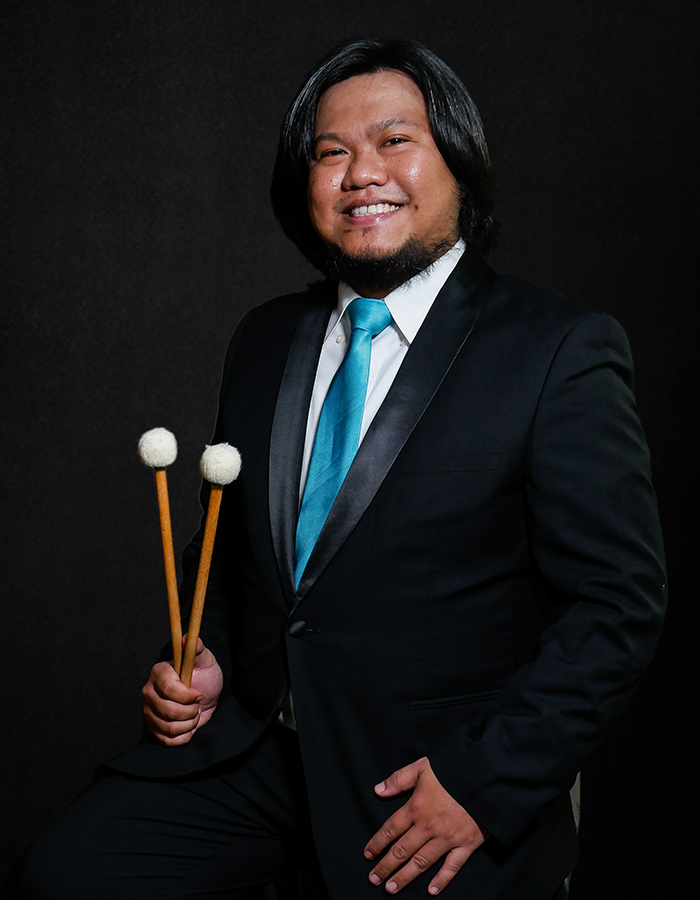 Roby is the principal percussionist/timpanist of the Manila Symphony Orchestra since 2013 and has performed with the orchestra in numerous Annual Season Concerts and special concerts nationwide. He was part of MSO’s first international concert tour, The Belt & Road Concert, held at the Shengjing Grand Theater in Shenyang China in 2019. He has also performed as guest percussionist with different orchestras and chambers in the Philippines including the Philippine Philharmonic Orchestra.

Roby has performed in noteworthy musical productions such as "Binondo: A Tsinoy Musical", Siddharta Musical and various ballet productions such as "The Nutcracker", "La Bayadere", "Le Corsair", and "Romeo and Juliet". He has also guested as drummer in Atlantis Theatrical Workshops.

Roby graduated from the University of Santo Tomas Conservatory of Music in 2013 with a degree in Bachelor of Music Major in Percussion. Being a scholar in the university, he was also a percussionist and principal member in the University of Santo Tomas Orchestra back when he was still a student. In 2004, he participated in the National Summer Music Camp and was a member of the Philippine Youth Symphonic Band and PhilBanda. Roby is also a member of Banda 31 Original of Santa Maria, Bulacan.