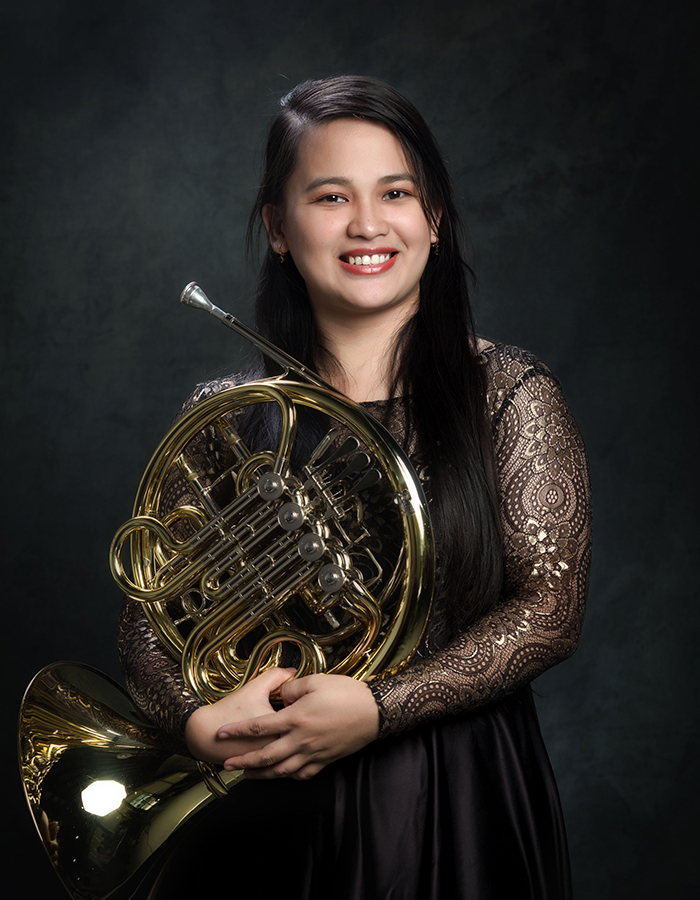 “It’s a great opportunity to be a part of MSO. It keeps my passion alive.“

When Jovina’s uncle invited her to join the community band when she was 11, she didn’t know what to expect. She didn’t know anything about musical instruments, or even a marching band. The conductor handed her a trumpet first, but after a few months decided to switch her to horn, and gave her an Eb horn. She didn’t appreciate it at first, because she found it too big for her and quite uncommon for girls, but when she joined her first music camp given by the Philippine Youth Symphonic Band in 2004, it got her very excited to play the French horn. A year after, Jovina had her first real French horn and fell in love with it. She continued to participate in the Philippine Youth Symphonic Band music camps in 2006 to 2008 and in 2011. That opportunity she had in the music camp had an astounding impact on her as it enabled her to develop her playing and ignited her passion for the instrument that she decided to pursue a degree in music. In the university, she was a member of the UP Symphonic Band and the UP Orchestra. Jovina graduated with a degree in Bachelor of Music Major in French Horn from the University of the Philippines (UP) Diliman and went under the tutelage of Prof. Leopoldo Lopez, Neptalie Villanueva, and Mahler Villanueva.

After graduation, Jovi joined the Manila Symphony Orchestra in 2015 and has performed with the orchestra in its gala concerts, special concerts and tours, including MSO’s first international concert tour in the 5th Hunhe River Symphony Art Festival held in the Shenjing Grand Theater, Shenyang, China in 2019.