Celebrate our 97th Anniversary with us as we perform with some of the world's most beautiful operatic arias and overtures together with our country’s top opera stars.

The Manila Symphony Orchestra (MSO) is one of the oldest orchestras in Asia and the longest surviving artistic institution in the Philippines. Founded by the Viennese conductor Alexander Lippay in 1926, the orchestra has been an orchestra for the people, playing a major role in the cultural experience of Filipinos.

At present, the MSO supported and operated by the MSO Foundation Inc., a non-stock, non-profit organization that aims to make music a viable means of livelihood for talented and dedicated musicians as well as an accessible experience to all audiences from all walks of life. 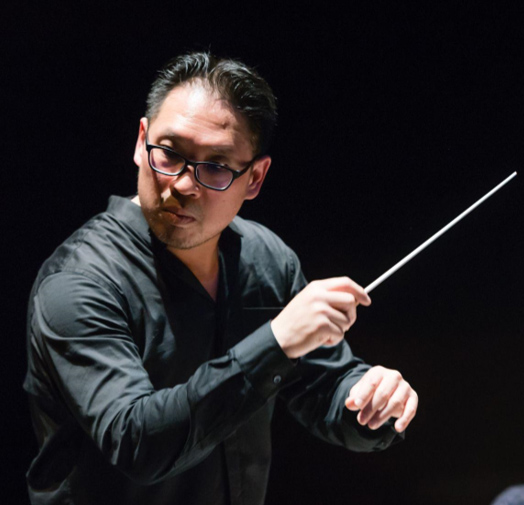 Marlon Chen
Music Director and Principal Conductor
Marlon Chen’s dynamic charisma and artistic versatility have seen him conduct opera, ballet, symphonic works, and chamber orchestras to sold-out concert halls across four continents. In June 2019, Marlon Chen was appointed as Manila Symphony Orchestra’s Music Director and Principal Conductor. As a composer and arranger, Marlon Chen has performed many of his own compositions with the major orchestras he has conducted. Notable film projects have included recording for Netflix on the award winning show Sense8 and Babylon Berlin. 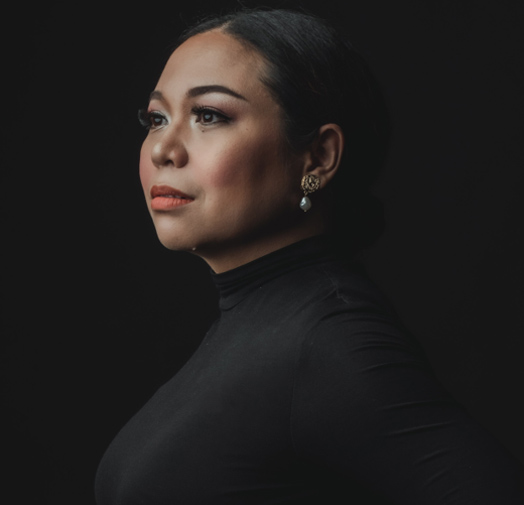 Bianca Lopez-Aguila
Bianca Lopez-Aguila is a graduate of the University of the Philippines College of Music and the Philippine High School for the Arts. An alumna of the Philippine Madrigal Singers, she was part of the group who won the European Grand Prix (Arezzo, Italy) in 2007, and was awarded UNESCO Artist for Peace (Paris, France) in 2009. Her opera credits include Rusalka in the opera Rusalka by Antonin Dvorak (Cultural Center of the Philippines), Maria Clara for three seasons of Noli Me Tangere The Opera (Cultural Center of the Philippines), Paz Pardo de Tavera in Spoliarium in Manhattan, New York (Tribeca Performing Arts Center), and Jenny in Company by Stephen Sondheim (Maybank Performing Arts Center). She also performed in a diplomatic performance in Moscow and St. Petersburg in Russia with the Ballet Manila and the PWU Rondalla Ensemble. She premiered "Hoy Bata", a medley of filipino folk songs arranged by Prof. Chino Toledo for orchestra and soprano, at the Tokyo Bunkamura Performance Hall in Tokyo, Japan. Currently, she is singing as one of the Nightingales, a classical-pop crossover duo that has performed in Taiwan, Ethiopia, USA, Europe and different parts of the Philippines. In 2020, she established the Bianca Lopez Vocal Coaching Online to share her knowledge and help aspiring singers all around the world to find their voices. 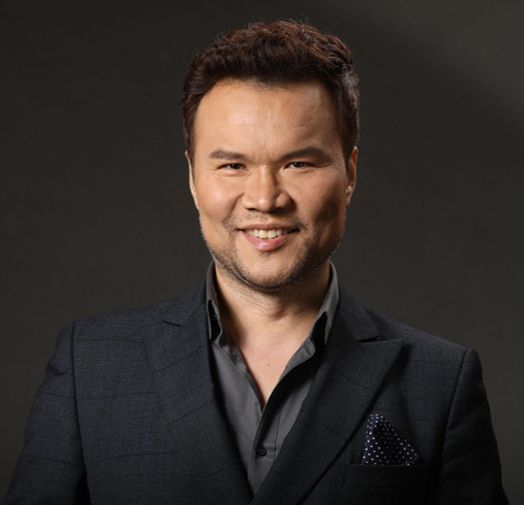 Byeong In Park
International Korean baritone Byeong In Park studied under acclaimed tenor Francisco Araiza at the University of Music and Performing Arts in Stuttgart, Germany. Since his studies in Germany he has been actively performing in opera productions and concerts around Europe and Asia.

Among his many operatic credits include Germont in La Traviata in Seoul, Korea, Ottokar in Freischütz with the Philharmonie Reutlingen in Reutlingen, Germany, in Stuttgart he was Demetrius in A Midsummer Night’s Dream, Alfio in Cavalleria Rusticana and the title role of Eugene Onegin with the Stuttgart Chamber Orchestra.

From 2012 to 2014 Mr. Park was a guest soloist at the Graz Opera Theater singing the roles of Schaunard in La Boheme, Herrufer in Lohengrin, and Peter in Hansel and Gretel and covered the roles of Belcore in L’Elisir d’Amore, and Lescaut in Manon Lescaut.

In 2014 Mr. Park returned to Asia and sang his opera debut in Singapore as Guglielmo in Cosi Fan Tutte at The Esplanade Theater. More recently he was guest soloist of the Vietnam National Symphony Orchestra as part of their concert season at the Hanoi Opera House and soon after he was invited to be the baritone soloist in Beethoven’s 9th Symphony presented in Guiyang, China. In 2015 Park returned to Singapore to sing the role of Simone in the Singapore Lyric Opera production of Puccini's Gianni Schicchi. Last April he played the challenging role of Tonio at the Daegu Opera House in Korea in their production of I Pagliacci. He recently performed the lead role of Ping in an international cast of Turandot at the Cultural Center of the Philippines.

Now based in the Philippines, Mr. Park is a sought after artist performing in a number of opera productions and concerts with some of the country's leading orchestras. He essayed the roles of Dandini in Rossini’s La Cenerentola with the Manila Symphony Orchestra, as Angelotti in the Cultural Center of the Philippines production of Puccini’s Tosca and in 2016 was praised by critics singing the baritone solo in the Brahms Requiem with the Philippine Philharmonic Orchestra.

In 2018 his portrayal of Belcore in Donizetti’s “L’Elisir d’Amore” placed his name in L’Opera Magazine. His most recent triumph was the role of Enrico in the production of Lucia di Lammermoor at the Cultural Center of the Philippines. 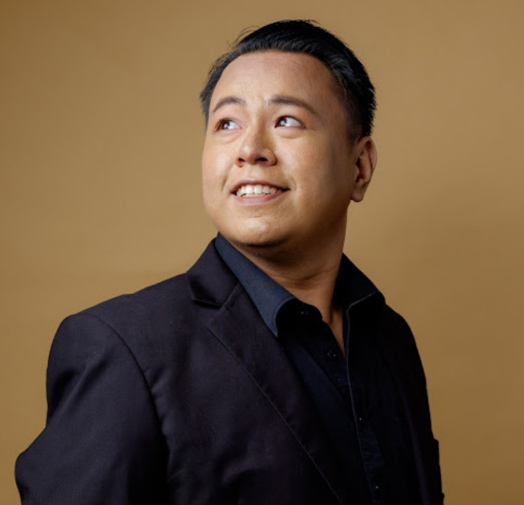 He won the 1st prize in the Jovita Fuentes Vocal Competition, a finalist at the ASEAN vocal competition hosted by the Singapore Lyric Opera, a 2nd prize winner at the Evelina Kalaw Operatic duet competition, an Aliw award nominee for best actor in a musical (Noli me tangere the opera) and also a nominee for best classical performer.

Outside classical music, Ivan also ventures into songwriting, and has written music for community theaters. He wrote the music for Artist Lab’s “Drowing Ka” directed and written by Vince Ricafrente, and “kABRAd” the musical directed and written by Jerson Guiwa for the St. Joseph Seminary in Bangued, Abra. He is also an independent singer-songwriter and has released music in major streaming platforms.

Ivan is also an advocate for arts development. He started an initiative to train singers, poets, and actors to use their voices more efficiently. He does this by partnering with art collectives, studios and facilitates vocal workshops and coaching sessions. He is the current musical director of Teatro Opera Seriabuffa Filipinas, which does adaptations of musicals and operas with film as a medium, produced by Vibal Foundation. 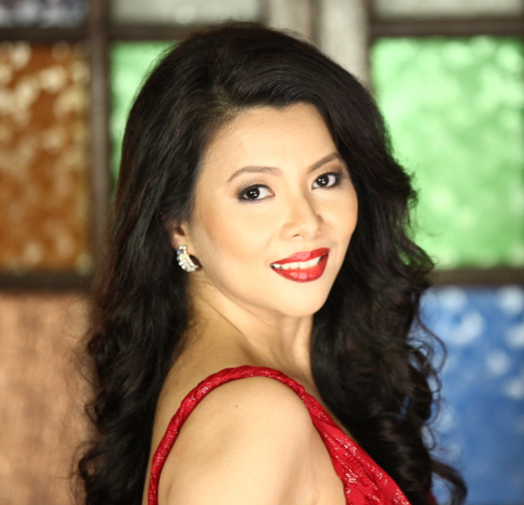 Maria Rachelle Gerodias
A winner of “The Outstanding Young Men” and “The Outstanding Women in the Nation’s Service” awards, Rachelle is also the first “Aliw Awards Hall of Fame” awardee for Best Female Classical Performer, thereby cementing what many have long known: that Ms. Gerodias is currently the country’s brightest gem in the field of opera and classical vocal performances.

Her career has spanned more than 2 decades of critically-acclaimed and award-winning performances. She has performed as soloist under internationally-renowned conductors such as Georg Tintner, Yu Long, Zuohuang Chen, Uros Lajovic and Christoph Eschenbach and as featured guest soloist with national orchestras all over the world including the China National Symphony Orchestra, Vietnam National Symphony Orchestra, Bangkok Symphony Orchestra, Pacific Music Festival Orchestra, the L’Orchestra Citta di Firenze and the Sarajevo Philharmonic Orchestra, among others. Her collaboration with Mirella Freni gives her the distinction of being the only Filipina to have ever worked with the legendary opera diva.

In 2008, she made her European opera debut as Liu in Puccini’s Turandot at the Volksoper Wien in Vienna, Austria. In 2010, she performed the lead role with an international cast of singers in a production of “Il Barbiere di Siviglia” for the Daegu International Opera Festival in South Korea, thus making her the first Filipina to perform at the Daegu Opera House. And in 2012 she essayed the role of Zerlina in Mozart’s Don Giovanni at the same Festival in Korea. She is a regular guest at the Singapore Lyric Opera where she has performed lead roles in numerous opera productions where she was cited by critic Derek Lim: “It was soprano Rachelle Gerodias, however, who clearly stole the show. She has a radiant, starry quality about her presence,,,it was in Puccini and Verdi that she truly shown, with such sincere identification with the characters that she was the character.” She recently performed the lead role of Liu in an international cast of Turandot at the Cultural Center of the Philippines.

Ms. Gerodias received her Master’s Degree in Vocal Performance and Literature from the famed Eastman School of Music, in New York; she holds a Professional Diploma in Opera studies from the Hong Kong Academy for the Performing Arts; in Manila she studied under Prof. Gloria Coronel at the University of Santo Tomas Conservatory of Music. She owns the Gerodias-Park Music Studio where, along with her husband, Korean Baritone Byeong In Park, she mentors and trains aspiring young singers. Ms. Gerodias was a regular guest at the multi-awarded TV musical, “Aawitan Kita.” Furthermore, Ms. Gerodias can be heard on several CD recordings with renowned Filipino and International artists. In 2013 she released her first solo album, “Philippine Art Songs” with Dr. Raul Sunico on the piano.

GET YOUR TICKETS AT: